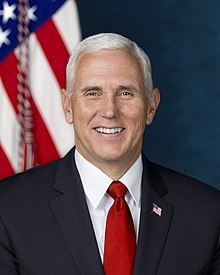 U.S. Vice President Mike Pence addressed attendees at the 2019 CUNA Governmental Affairs Conference earlier today. The vice president, whom CUNA President/CEO Jim Nussle described as “a friend to credit unions,” made his comments during the second day of the general session.

Pence’s comments touched on the importance of credit unions to communities and the economy. “Credit unions are a part of everything good happening in cities large and small across this country,” said Pence, who went on to state that “American credit unions have no greater champion than President Donald Trump.”

The vice president also touted the administration’s commitment to economic growth and regulatory relief, describing the Dodd Frank Act as a failed law.

He concluded his remarks by discussing the credit union philosophy. “I’m a small town guy from southern Indiana, I know the difference credit unions make,” he said. “… It has always been touching to me that credit unions don’t have clients, they have members.”

The session also included a presentation from keynote speaker Malcolm Gladwell, an author of five New York Times bestsellers, who discussed how credit unions should find ways to compensate or overcome challenges and obstacles, which will make credit unions stronger. Notably, Gladwell explored challenges faced by established institutions and companies, such as the U.S. Marine Corps., RCA and Toyota. According to Gladwell, credit unions can use lessons learned from those organizations as the movement looks to expand and reach more consumers.

Later this afternoon, New York credit union advocates will meet with the offices of Senate Minority Leader Chuck Schumer and Sen. Kirsten Gillibrand. Schumer is expected to be in attendance for the meeting. Tomorrow, the group will spend the day on Capitol Hill lobbying House members on important credit union issues.

Additional updates will be reported in the New York Minute and on CUNA News.